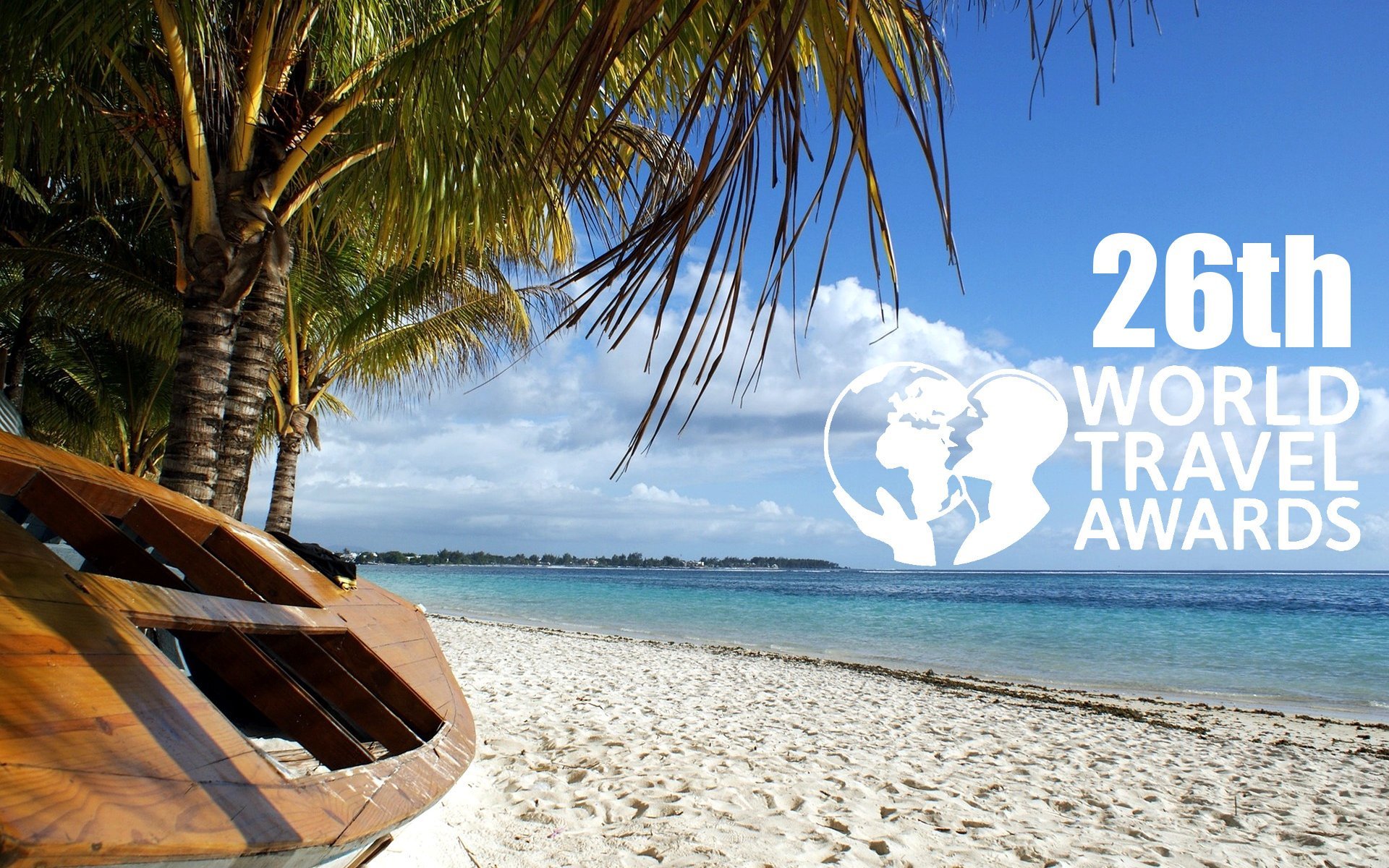 In the just concluded 26th World Travel Awards held in Mauritius, Kenya once again defended its title as a leading tourist destination after scooping top awards in different categories. We wanted to see how the winners were capitalizing on their wins to build their online brand visibility. What we found out was quite interesting.

For the second year in a row, Glory Car Hire has emerged the winner in this category. Other nominees included Avenue Car Hire, Avis Kenya, Central Rent A Car and Europcar.

With over 3 decades of experience in the car hire business in Kenya, Glory Kenya has since expanded its interests to the accommodation business, running a number of hotels and resorts under the Regency and Glory brand. They have a Safaris arm as well.

Interestingly, at the time of writing, Glory Kenya did not seem to be aware of this prestigious win – or at least that is how a quick visit to their website and Social Media platforms showed. Their Facebook profile image, for instance was still showing their 2018 win!

The multi award winning Maji Beach Boutique Hotel is a luxury boutique hotel located on the tropical shores of Diani Beach and features 15 unique and individually designed bedrooms and Suites.

Several days after winning the award for Kenya’s Leading Boutique Hotel, Maji Beach Hotel was to still talk about it on its website. At least they had taken the effort to change their Facebook profile image to reflect this win but their Twitter handle remained blue and silent.

The Crowne Plaza Nairobi in Upper Hill bagged this category for the second year running. Part of the IHG (InterContinental Hotels Group PLC), Crowne Plaza Nairobi positions itself as a contemporary business hotel situated in a prime location prolific for its new-age architectural innovations.

Amazingly, Crowne Hotel was not also saying anything much about this new feather in its hat! The last post on its Twitter handle was in May 30th so we knew there was no need to look any further for anything related to the 2019 World Travel Awards.

The only thing that was not fusing with the rest of Villa Rosa was the mention of their latest big win. They were, perhaps, happy for now with the acquisition of Nick Anderson as the hotel’s new Executive Chef back in March. Their blog did not say much on this either.

Kenya’s Leading Hotel in 2019 award went to Fairmont The Norfolk Hotel. The hotel won the same award in 2017. The Norfolk Hotel is one of Kenya’s iconic landmark hotels with a history that goes back more than a century when the city of Nairobi was still a small town.

This rich heritage has worked to Norfolk’s advantage, ultimately positioning it as a leading brand in hospitality. Perhaps it was while still basking in the glorious old days of the African hunting Safaris that they completely forgot to also revel in their new found glory as Kenya’s leading hotel in 2019!

Palacina The Residence & The Suites continued its winning heritage in this category by bagging this award for the 4th time since 2015. In 2016 and 2018, it was also voted Africa’s Leading Hotel Residences. The hotel residence boasts Nairobi’s largest heated indoor pool.

Unsurprisingly even Palacina somehow forgot to mention they had done it again! Their blog’s latest post was a call to vote for their 2017 nomination!

Tribe Hotel’s Presidential Suite carried home, for the 3rd time, the award of Kenya’s Leading Hotel Suite in 2019. The hotel made history back in 2010 when it became the first in Kenya to feature on Condé Nast’s prestigious Traveller’s Hot List as one of the world’s top 100 hotels.

Knowing a thing or 2 about celebrating a win in style, Tribe was already talking about this one, albeit not too loudly, on their Facebook page. They even had the win listed as a milestone. Their website and Twitter handle remained visibly silent for some reason.

The Great Rift Valley Lodge & Golf Resort has, in the past, maintained a streak of wins as Kenya’s Leading Golf Resort and perhaps developed the habit of talking about it over the years – at least this time by way of a press release posted on Facebook.

The winner of this category was confusingly the Heritage Hotels which refers to a collection of hotels rather than an individual property. The Great Rift Valley Lodge & Golf Resort above is one of them.

The only Safari Camp in that collection is the Mara Explorer situated in the famous Maasai Mara National Reserve. It was not clear if this is what the award was referring to but either way, this was mentioned alongside the Great Rift Valley Lodge in the earlier mentioned press release. Heritage Hotels has won this category 3 times before in 2014, 2017 and 2018.

Although Fly540 forgot to mention their win on their website, they remembered to do so on their Social Media pages. The carrier, which has won this category 4 times before, flies from the Jomo Kenyatta and Wilson Airports to Eldoret, Kisumu, Lamu, Lodwar, Malindi, Mombasa and to Juba and Zanzibar.

After winning Africa’s Leading Luxury Lodge in 2017, Sirikoi Lodge, a family run lodge situated on private land and surrounded by the Lewa Wildlife Conservancy, made a comeback this year, taking the award of Kenya’s leading Safari lodge home.

Sirikoi is not new to winning. In 2018 the lodge made it to the coveted Condé Nast Traveler Gold List and talked about it like it has done for all other past wins yet this time when they were named Kenya’s leading safari lodge, they seem to have forgotten to talk about it.

Like most others, they have chosen not to say anything about the win – even after struggling for it for a while – or perhaps they are being modest!

Pollman’s Tours & Safaris bagged both this award and Africa’s Leading Tour Operator 2019 – awards they have won before.

Founded in the 1950s by Karl Pollman, Pollman’s Tours & Safaris is among Kenya’s oldest and most respected tour companies and guess what, they plastered this trophy all over for the world to see! Good for them.

This award has become synonymous with Bonfire Adventures. They have won it a whopping 4 times since 2016. The company also won Africa’s Leading Travel Agency twice in 2017 and 2018.

A family owned travel agency, Bonfire prides it self as the trendsetter in the holiday packages sector in Kenya. Did they talk about their win? Yes they did – at least on Social Media.

On their Facebook page they posted a video of the founders receiving the award in Mauritius. There was however no mention of the same on their website.

When they say an award becomes you, this award is exactly that to Carlson Wagonlit Travel (CWT) which they have won an amazing 8 times!

CWT’s model is quite interesting. They work closely with incubators and startups located in technology hubs around the world to help corporate entities make informed travel decisions.

Yet even as they guide others to make informed decisions, they forgot to make one regarding their win. There was no mention of the award on their website, blog or social Media platforms!

Why did everyone just forget to talk about their win? Even those who did say something did it in low hushed tones on one platform while forgetting the others altogether! Could it be a sign of design turnaround times in the industry?

The annual World Travel Awards are largely regarded as the Oscars of travel so literally everyone in the industry desires to lay their hands on it. May be there is something with this year’s awards we are not seeing.

All we can hope for is that the 2020 World Travel Awards, which will be taking place in Kenya, will be different for Kenyan brands. Meanwhile, we say a big congratulations to all the winners. You made Kenya proud in case you have not noticed! 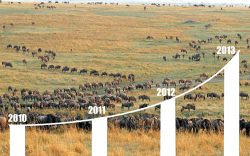 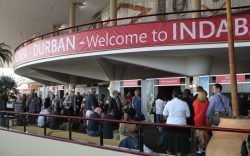 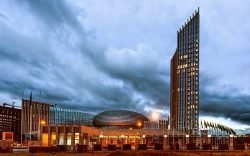