Long before the ancient town of Lamu entered the bad books of travel advisories, it boasted the oldest and best-preserved Swahili settlement in East Africa inhabited by a community that had managed to retain their traditions this long.

The town, located 350 KM north of Mombasa, became inscribed in the UNESCO World Heritage Sites list in 2001, 10 years before it got into the current advisory list it is in now because of a spate of incidents that led to the death of a British tourist, David Tebbutt, the abduction of his wife, Judith and the kidnapping of Marie Dedieu, a 66-year-old disabled French woman, allegedly by armed gunmen from Somalia’s al-Shabaab rebel group.

Built in coral stone and mangrove timber, Lamu town is characterised by the simplicity of structural forms enriched by such features as inner courtyards, verandas and elaborately carved wooden doors.

It is in this same Lamu where major Muslim religious festivals have been held since the 19th century – making it a significant centre for the study of Islamic and Swahili cultures.

It is amazing how then the world has quickly condemned this town as a ‘no-go zone’. Famous for her characteristic narrow streets and magnificent stone buildings, with impressive curved doors influenced by a unique fusion of Swahili, Arabic, Persian, Indian and European building styles, Lamu is far from a no-go zone.

In fact some even claim that being positioned on one of the world’s ley lines, Lamu renders itself as an enchanting place of mystery and intrigue that draws all to it – perhaps even pirates and kidnappers!

Ley lines are alleged alignments of a number of places of geographical and historical interest such as ancient monuments and megaliths, natural ridge-tops and water-fords that all seem to be aligned similarly along straight lines that stretch for dozens or even hundreds of kilometres. They are thought to be areas where special rejuvenating and enlightening powers are focused.

Their existence, according to Wikipedia, was first suggested in 1921 by the amateur archaeologist Alfred Watkins, in his books ‘Early British Trackways’ and ‘The Old Straight Track’. Watkins theorised that these alignments were established for ease of overland trekking by line of sight navigation during neolithic times and had persisted in the landscape over millennia.

In old England, it was noticed that many sites and villages and other places of interest whose names all ended in ‘ley’ seemed to be found along the same straight lines (think of Wembley).

It has astonished many how these monuments could be so perfectly aligned to each other even when they were hundreds of kilometres apart. Erich Von Daniken, in his book, ‘Signs of the gods’, wrote this of the phenomenon;

So how can we explain the mathematical perfectionism? How can we reconcile it with the standard of mathematical knowledge we attribute to prehistoric peoples? How did they know at what precise point they had to build? As the complicated relationships are only recognisable from a great height we must ask whether ‘someone’ worked out a geometrical network of sites all over Hellas, sticking flags in the ground saying: This is where you must build a temple.

Well, the name Lamu does not end with ‘ley’ but many believe it is located along the ley lines and may therefore possess these supernatural powers.

We only hope the powerful forces that have attracted thousands of tourists to this quiet, ancient coastal town in the past will now work on you as you plan to pay the place a visit soon. After all, has the Kenyan government not promised to beef up security?

In the early 1970’s, Lamu became famous for its reputation as an exotic, remote and self-contained society. It became a spiritual centre of sorts for hippies and other non-conformists drawn to its undisturbed traditional culture. It was often described as the Kathmandu of Africa – it still is.

In fact the recently ended Lamu Cultural Festival registered a large turnout despite several numerous booking cancellations by foreign tourists. More than 90% of the visitors to the festival were domestic. 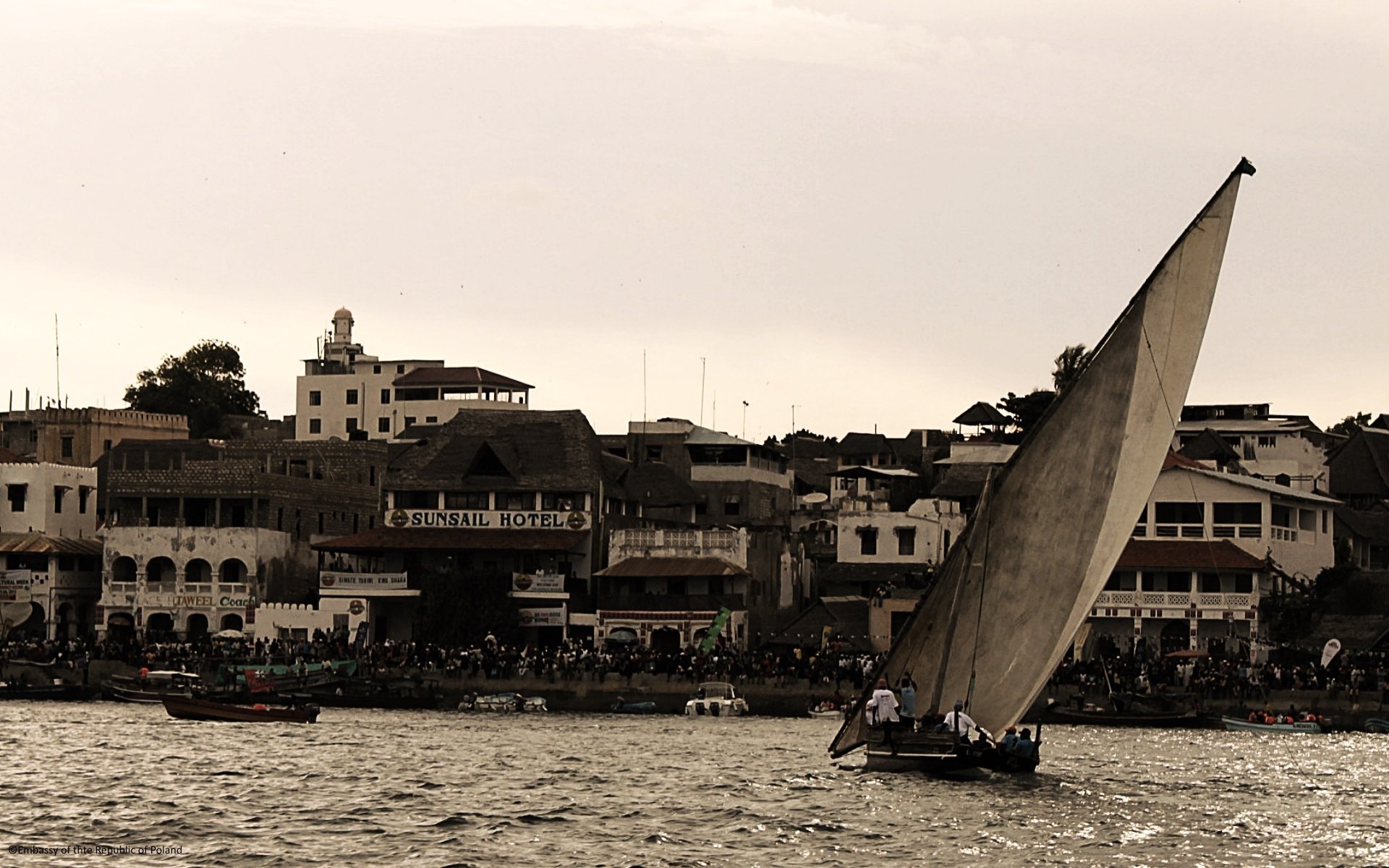 Over 10,000 visitors from Malindi, Mombasa, Nairobi and other towns in the country flocked to the island to witness the historic annual festival.

The colourful showcase of Kenyan cultures, dance and song transformed the landscape of Lamu’s seafront and Mkunguni hall, where the bulk of the festival activities took place, into an oasis of fun.

Hotels, tour companies and transporters did roaring business as security was beefed up and street lighting improved at night to ensure the merry making continued uninterrupted.

A retinue of dignitaries from the French and Spanish embassies, the National Museums of Kenya (NMK), the European Union, among others, were in attendance, led by Tourism Minister, Najib Balala.

The highlight of the festivities was marked by the presence of a little-known tribe – the Aweer, also known as the Dahalo. A minority community in Lamu, who were previously hunters and gatherers, the Aweer, according to Minority Rights Group International, number about 3,500. They are largely dependent on shifting agriculture.

The tribe was forced to abandon hunting, which is banned by the government for conservation reasons. At the festival, they had a chance to showcase what remains of their traditional lifestyle and music.

So as you can see, everyone else is attracted to Lamu. Why are you keeping away? Do not let an unfortunate and isolated event dull your spirit of adventure. Put on your travelling gear and go experience this ancient place of beauty!

It is not Business as Usual at Hippo Point Naivasha

At Sky Decor Furniture is Made from Aeroplane Parts