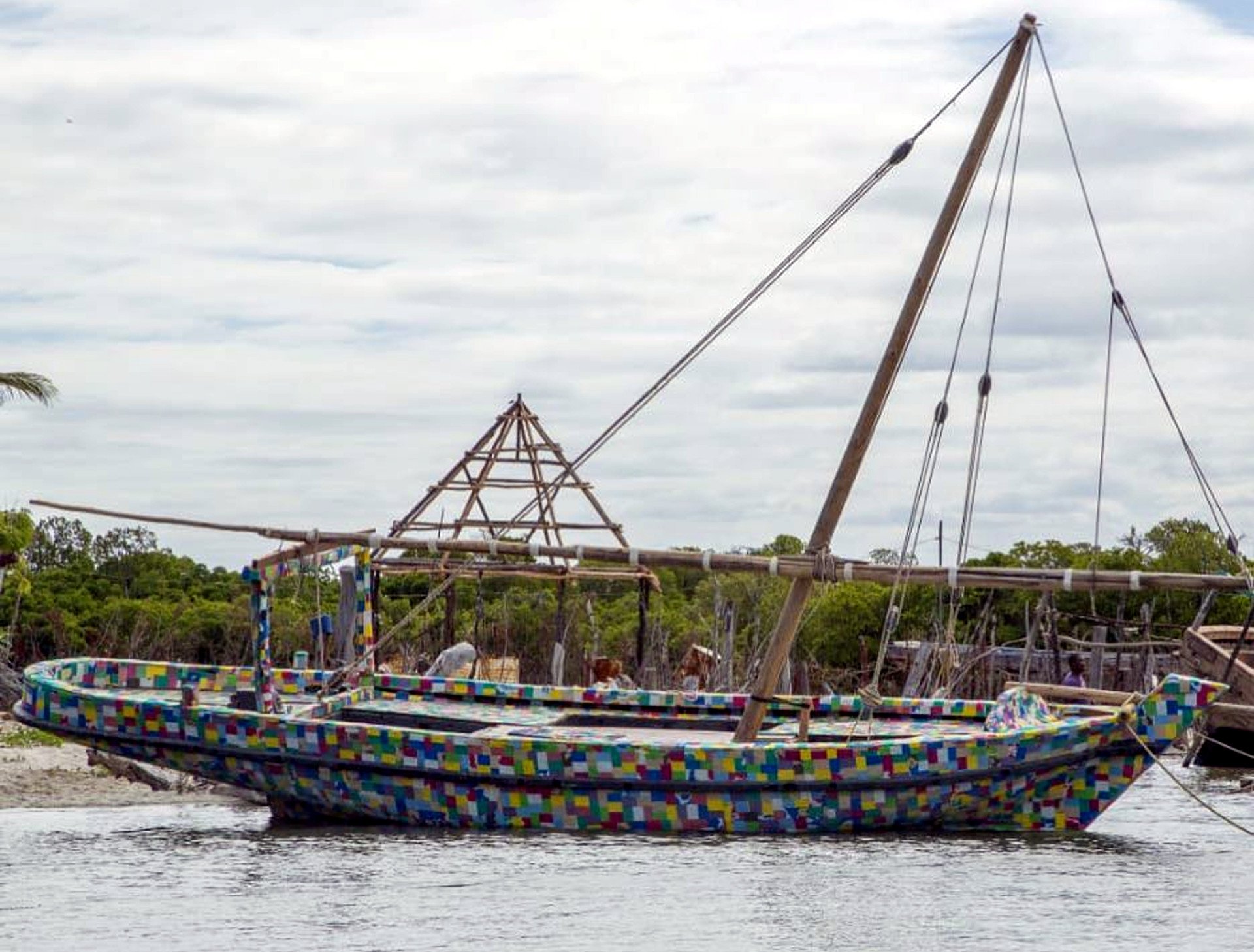 Back in June 2016 when Ben Morrison and his FlipFlopi crew went raving mad with the idea of building a boat entirely from recycled plastic and then sailing it from Lamu to Cape Town, It did not sound humanly possible, let alone being remotely feasible.

Yet in the midst of all the doubt cast and the risk involved, the team pressed on, gathering over 1,000 tonnes of plastic and 200,000 re-purposed flipflops from the beaches and roadsides of Kenya to build the world’s first recycled plastic dhow – a 45 tonne monster towering 18 M into the coastal sky. 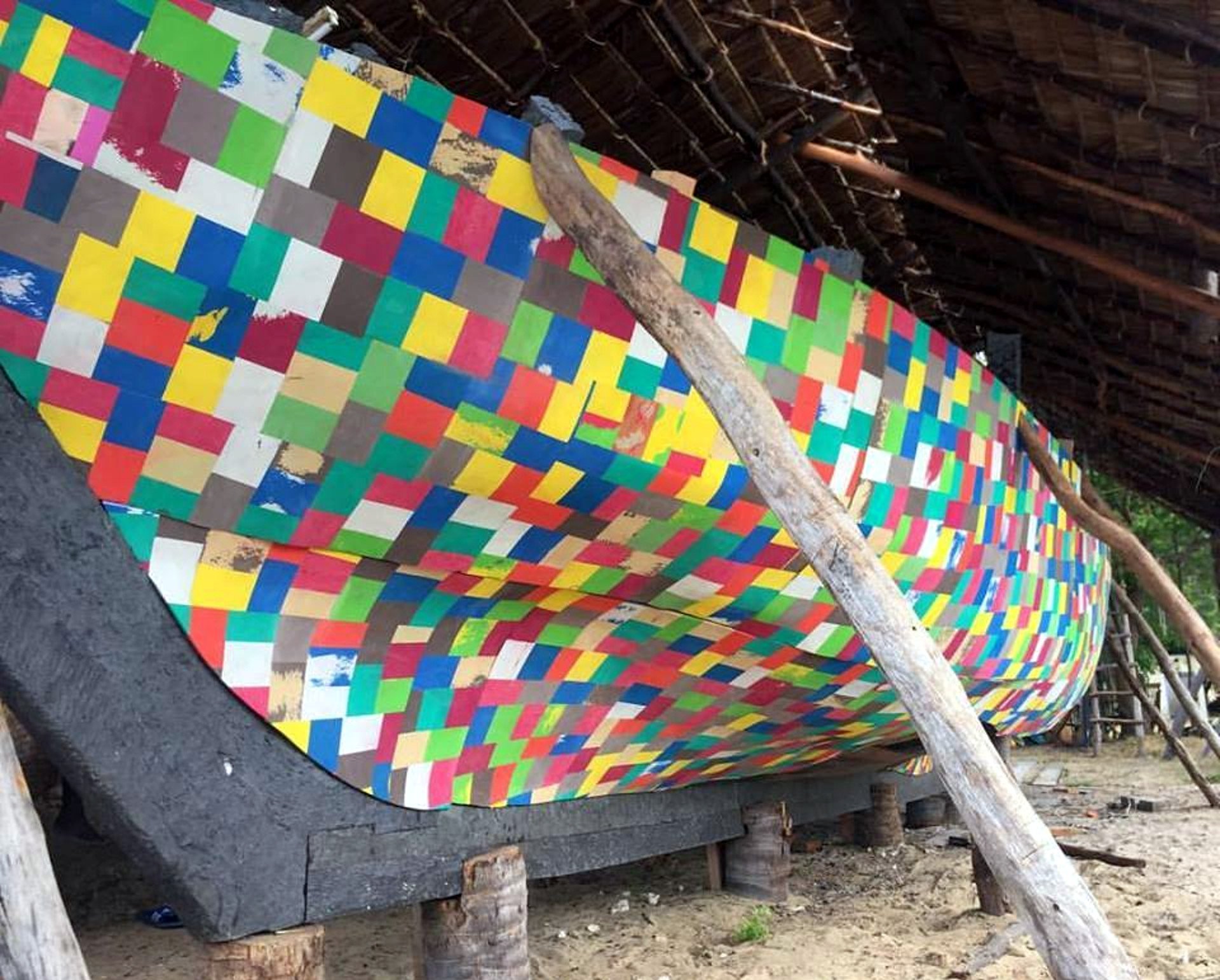 As if building a dhow out of flipflops was not crazy enough, these guys decided they will not go anywhere near modern technology to build this vessel. Relying instead on ancient techniques used by traditional dhow builders of yesteryear, they put together what now has come to be known as the FlipFlopi. 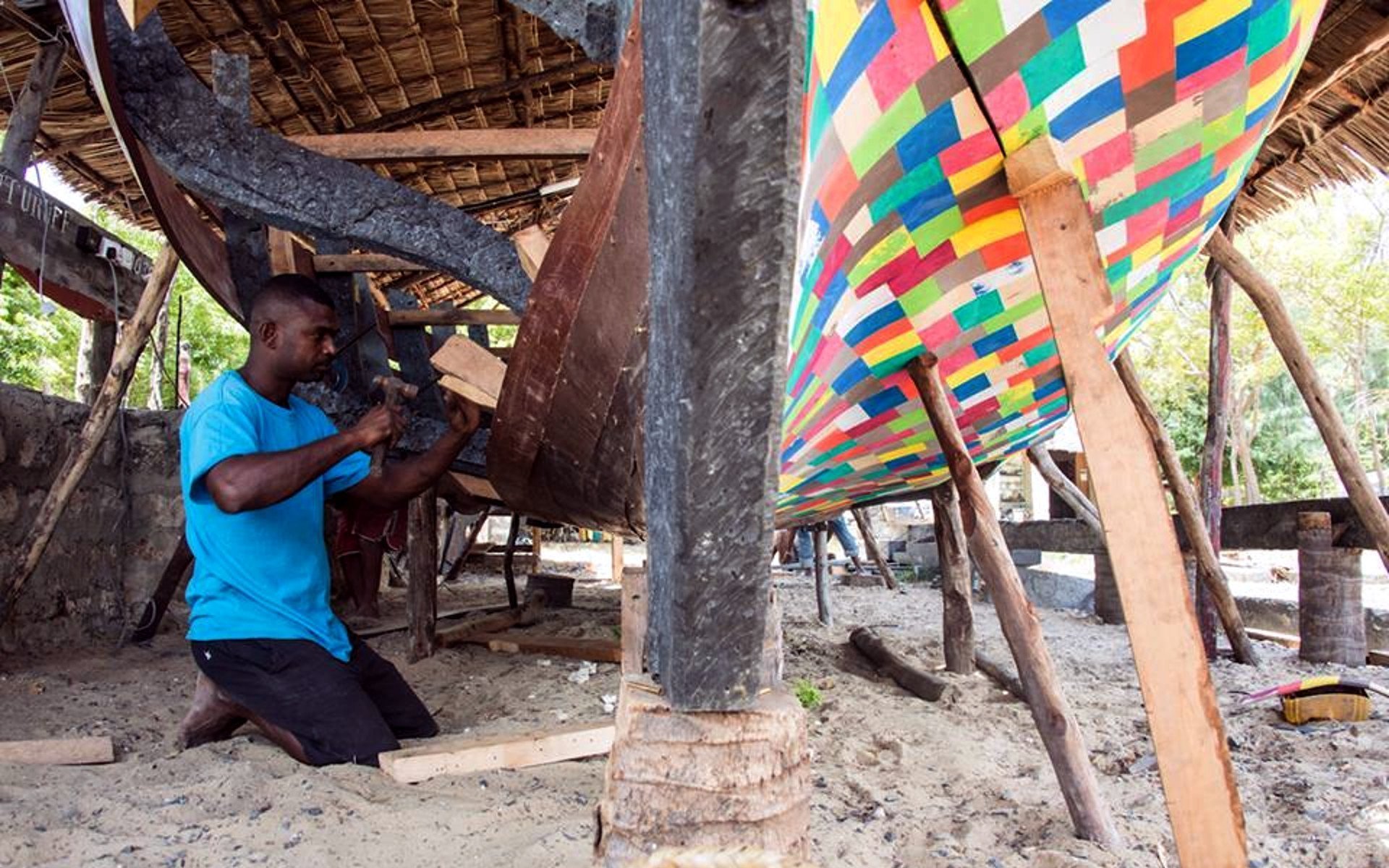 In the equally ancient island of Lamu, the FlipFlopi began to take shape as keel, rib, hull and deck, all fabricated entirely from plastic, came together under the skilful hands of Ali Skanda, a celebrated master carver and boat builder whose craftsmanship spans a heritage dating back to the 1300s. 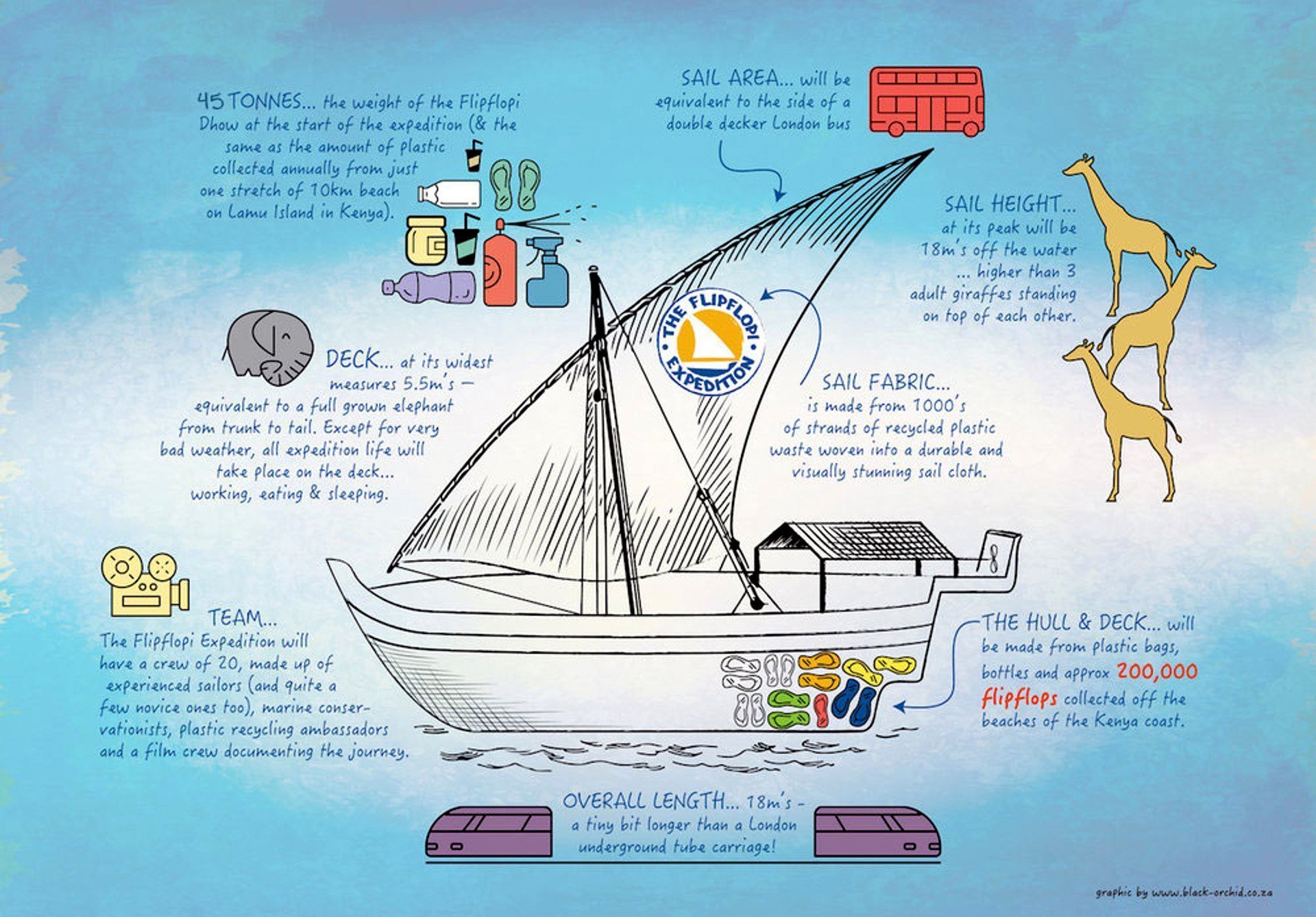 The 5,250 KM voyage that kicked off on 15th September with a crew of 20, both experienced and non-experienced, will head south along the coasts of Kenya, Tanzania, Mozambique and onwards into South Africa.

The voyage will take between 3 and 4 months, which means they will have to be doing between 50 and 80 KM a day, but then again this is no race and there are no time records to be broken.

Traditionally lateen rigged vessels like the FlipFlopi only ventured as far south as Beira, which is halfway down the coast of Mozambique. This is because at this point, the direction of the prevailing winds changes and it becomes very challenging to sail against the wind and navigate a rough southerly sea.

Once the crew rounds the treacherous Cape of Good Hope, close to the southernmost tip of Africa, they will head to Cape Town and then the return journey back home will begin. At the point of arrival, they will have made history by becoming the first people to sail a dhow made out of waste plastic and flipflops to the Cape and back. 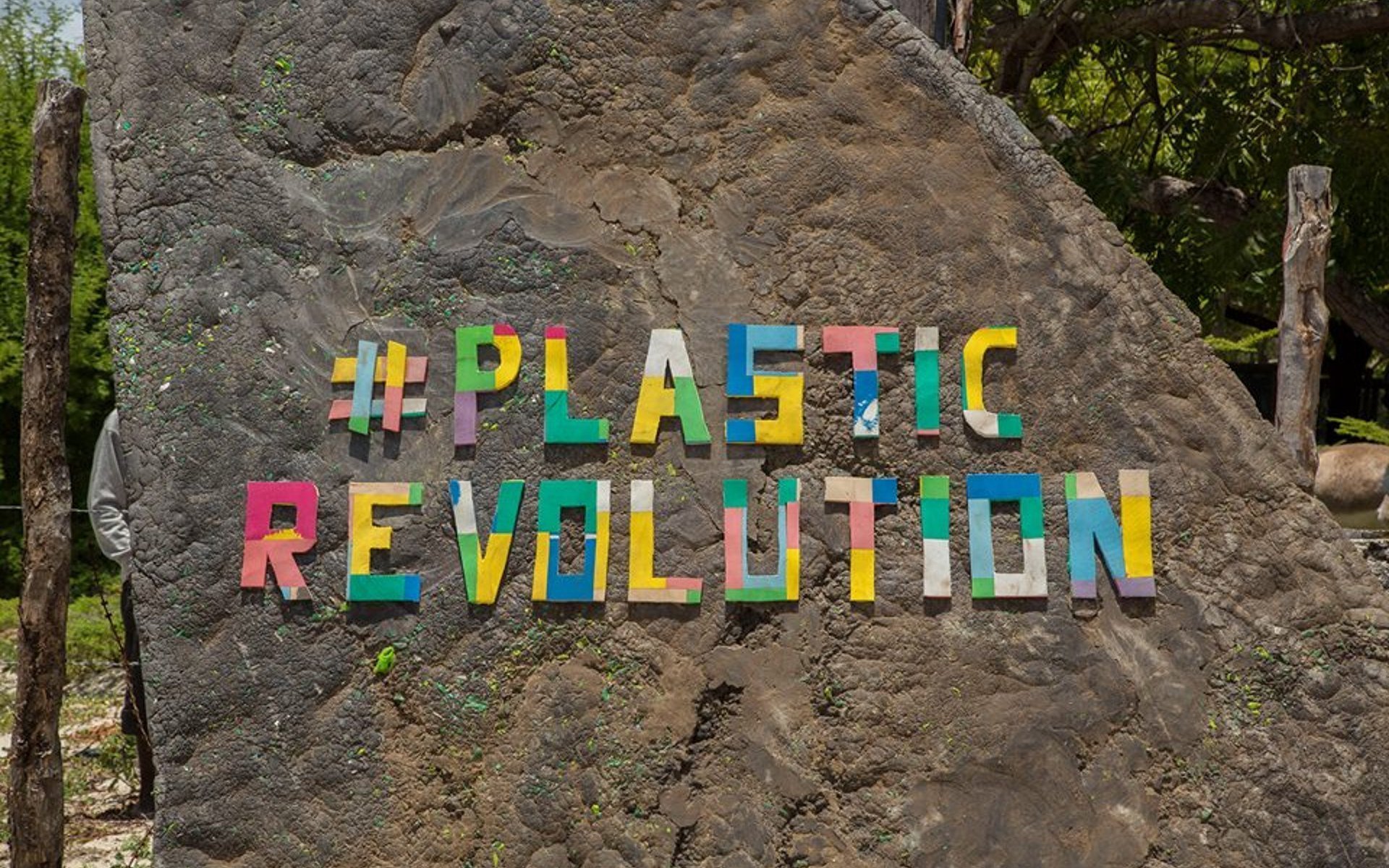 You too can be a part of this epic journey and the #PlasticRevolution by grabbing one of the limited spaces that will be available on a 2 week period by joining the ongoing raffle at GoFundMe.com where the expedition’s crowdfunding campaign is hoping to raise £25,000. 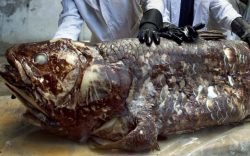 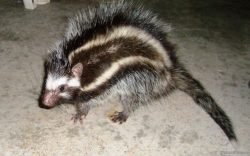 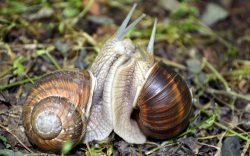