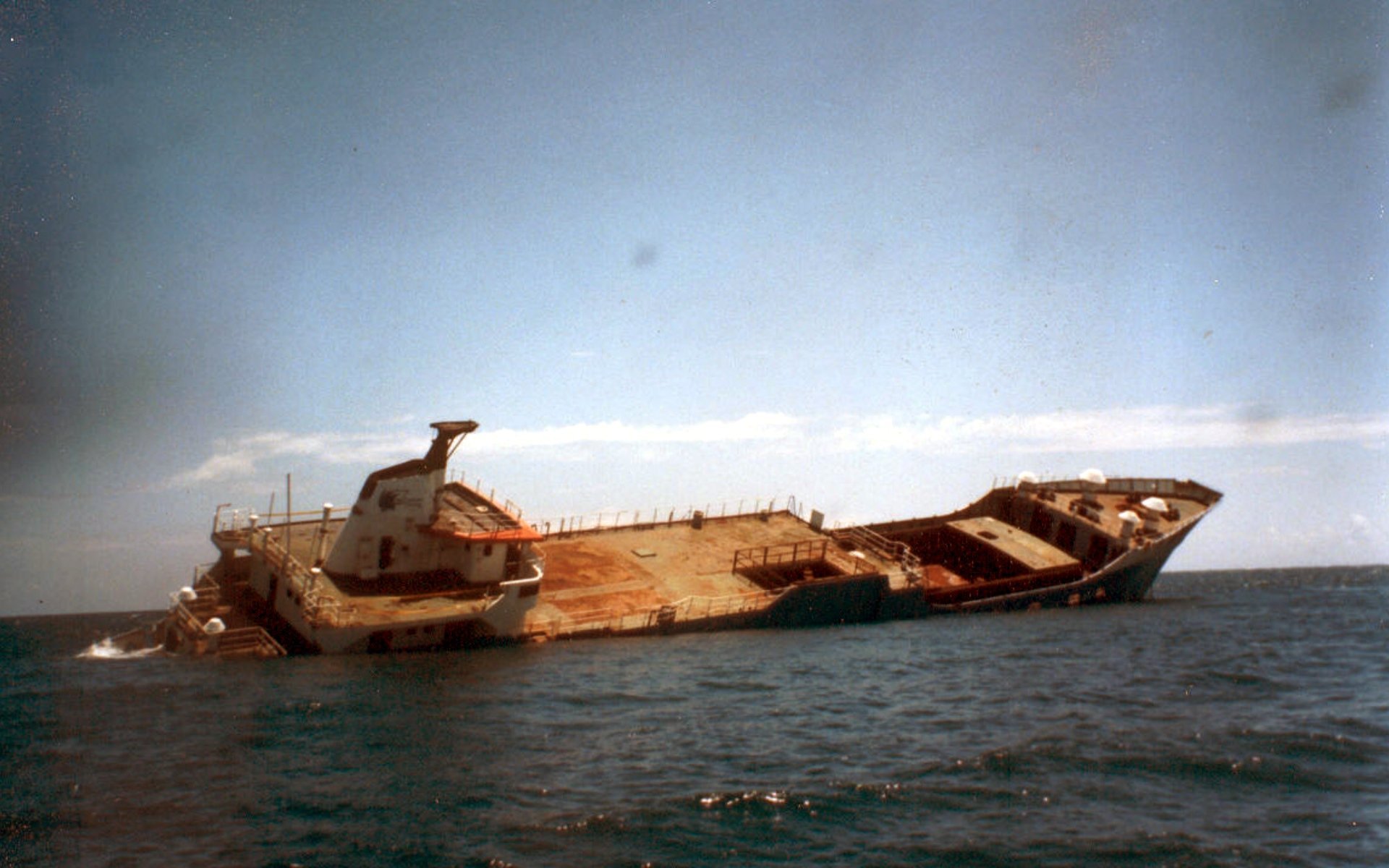 Mv Dania, a 40-year-old ship that plied the Gulf and East African trade routes in the 80s, was sunk amid pomp and jubilation at Bamburi Marine Park in Mombasa. There, she is expected to help replenish the depleted coral reef.

The sinking on Sunday was witnessed by hundreds of tourists along the Bamburi waterfront. They had been carried by boat to within a few metres of the blue vessel to witness the historic occasion.

Coral reef along the Indian Ocean has been depleted by human activity. It is expected that coral will grow on the ship’s metal and encourage the growth of marine life. At exactly 1:05 PM on Sunday 27th October 2002, Mv Dania, whose hull had been opened to flood it with water, went down in style.

The bow lifted above the water before disappearing under a plume of dust. Groups of anxious engineers and environmentalists hugged and cheered when the vessel went down.

Mr. Walter Wilkie, a consultant with Whitesands Beach Hotel who said he took part in another ship sinking in the Comoros in 1992, described the event as impressive. Ms-Katherine Anderson from the United Kingdom, traveling aboard the Mv Universe, exclaimed: “It is historic. Unbelievable!”

A boat stood alongside the vessel, pumping water into it to quicken the sinking. She had left the harbour at 7:00 AM and at 9:00 AM, anchored off the beach at Bamburi.

Mv Dania was built in Norway in 1965 and until its decommissioning, she plied the Indian Ocean for more than 15 years carrying livestock. After decommissioning, and on her way to India on retirement, Buccaneer Diving, a Mombasa-based company, bought and made it an artificial reef.

The ship now lies in around 35 M of water, just off Bamburi Beach. She was fully prepared for sinking, with her engines removed and hull cleaned to negate any environmental impact, and her interior fully cleared for safe penetration by divers.

She now has a specialised ‘assault course’ for trainee divers on her upper deck (at around 15 M) while special direction lines have been laid below deck for divers who wish to penetrate the wreck, down to 30 M at the ship’s lowest level.

This ease of access makes her an ideal classroom for specialised dive courses. Wreck diving trips and courses will be led from the nearby Voyager Resort, Whitesands and other local hotels. Buccaneer have established a specialist wreck diving website with more information.

A Cement Barge was sunk off the South Coast the same year. The wreck has proved popular with abundant marine life and wreck divers. Mv Dania was formerly known as Mv Rodriguez. Have you done any diving near the Mv Dania lately? Share your experiences by commenting below. 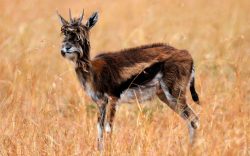 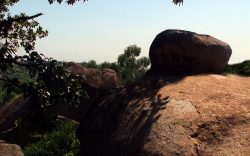 Is the Luanda Magere Stone Where a Legend Lies? 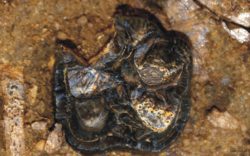 Turkana Fossil Shows How the Hippo Came to Africa