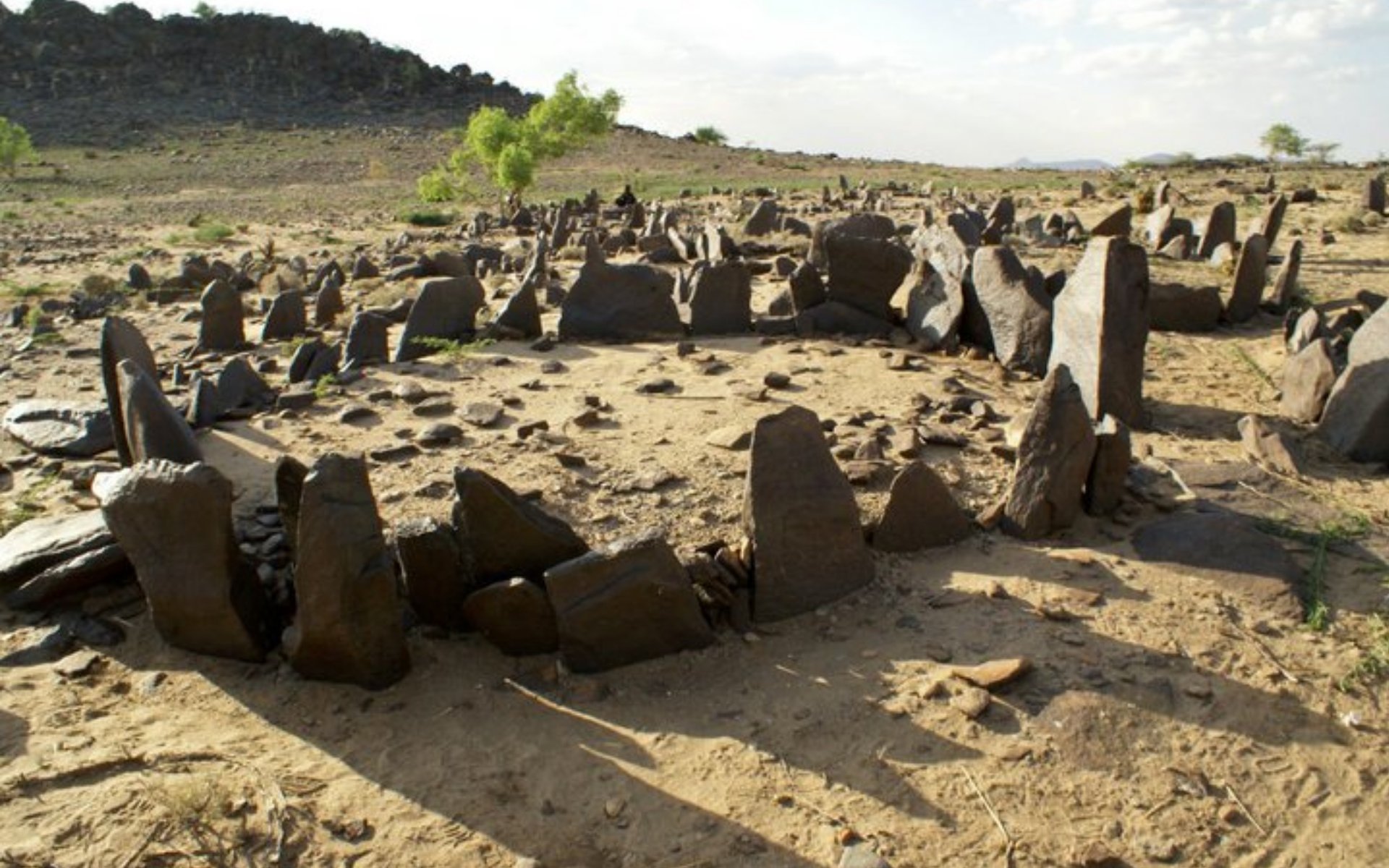 Namoratunga is a congregation of 19 pillars surrounded by a ring of over 20,000 stones located on the western side of Lake Turkana, about 50 M off the Lodwar-Kalokol road. Made of magnetic basalt, Namoratunga is as mysterious as it is ancient.

For some time now, scientists have debated whether Namoratunga, also known as Namoratunga II or the Kalokol Pillar site, might be a possible archaeoastronomical site similar to Europe’s StoneHenge. Some have actually called it the African StoneHenge – the debate lingers.

Each of the 19 Namoratunga pillars leans in a different direction from the other and is aligned with the 7 star systems of Triangulum, Pleiades, Bellatrix, Aldebaran, Central Orion, Saiph and Sirius.

The pillars each have 4 facets and an inclined top. This is typical of most archaeoastronomical sites around the world. Surrounding the mysterious pillars is an equally mystical ring of stones numbering over 20,000.

At this site is also what could probably be the largest pre-colonial gravesite in sub-Saharan Africa consisting of 167 graves represented by shallow stone cairns surmounted by a ring of standing stones. These ‘grave circles’ vary from 1-4 M in diameter, with between 5 and 30 standing stones of various heights, the largest being over 1.5 M.

Debate still lingers as to whether this is really a burial site because at Namoratunga II the upright stones, like those in Namoratunga I, encircled an ancient grave. Further investigation at Namoratunga II indicated the pillars here were arranged in an unusual pattern unconnected with any other burials.

Over 70 of these standing stones are adorned with mysterious geometric petroglyphs which are also prevalent on surrounding natural rock outcrops. The significance of this unique funerary architecture continues to puzzle researchers and makes Namoratunga one of the most scientifically rich, yet poorly explored, sites in sub-Saharan Africa.

About 209 KM (130 MI) south is Namoratunga I. Here, like in Namoratunga II, a similar set up of graves has been found. The graves here were without the pillars. At Namoratunga I, it is also possible to see ancient rock art. 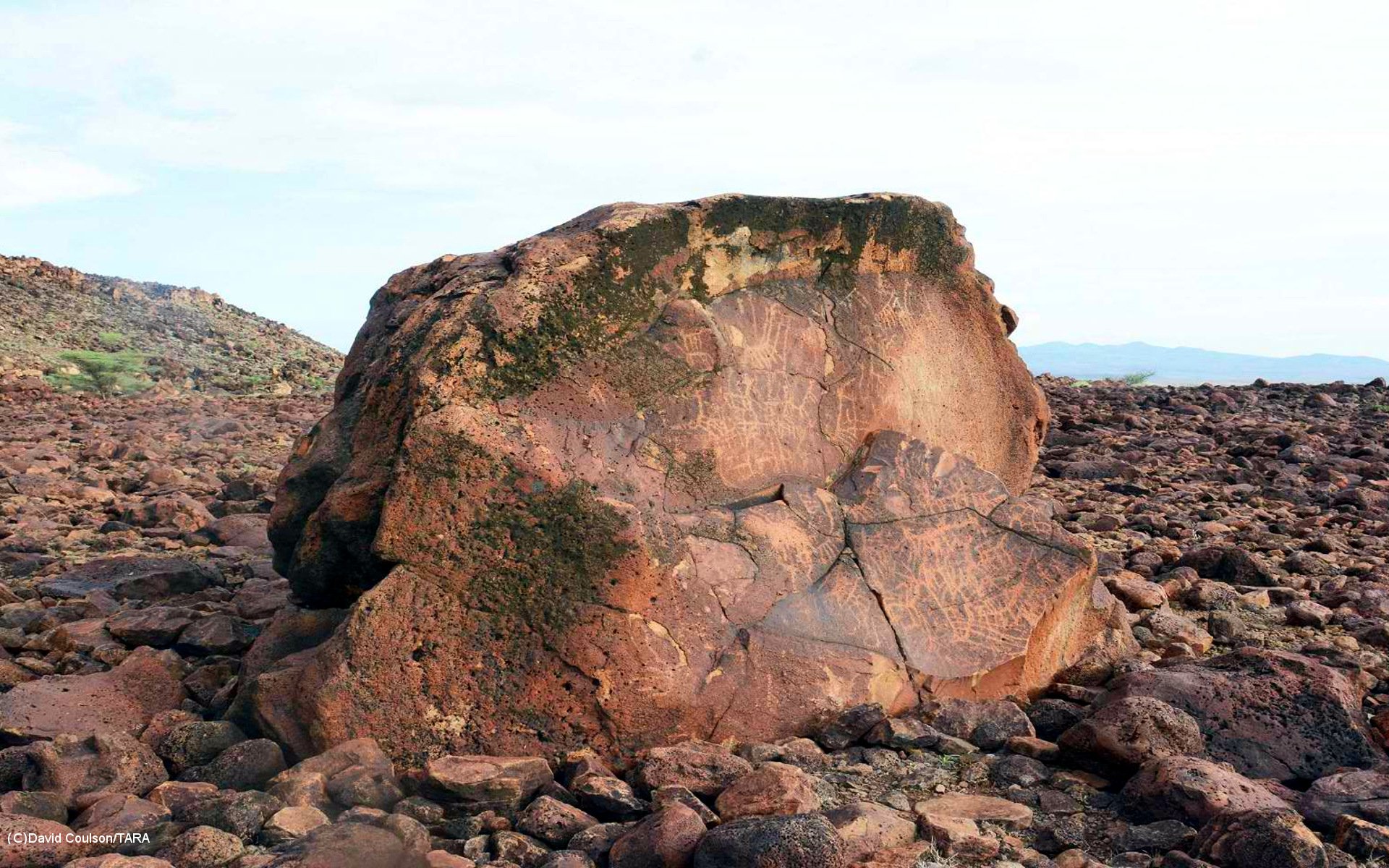 Dating back to 300 BC, Namoratunga was first researched in the mid 1970s by Robert Soper of the British Institute of Eastern Africa and later in 1978 by Mark Lynch and L.H. Robbins.

In 2007, in a further attempt to unearth the hidden secrets of this mysterious site, a team of researchers from the National Museums of Kenya, in collaboration with the British Institute in Eastern Africa and the Trust for African Rock Art, embarked on fresh excavations at Namoratunga.

The explorations did not yield much but it became clear that the Turkana had no connection to the site despite mimicking some of the art engravings found here for trademarks used on their animals.

Perhaps the most spectacular claim on the Namoratunga findings came from the late Lynch, when he announced to the world that he thought the 19 megaliths were aligned to the 7 cosmic constellations. By so doing, he caused Namoratunga to take a whole new significance.

Lynch believed the megaliths may correspond to a 12-month 354-day lunar calendar known to have been in use among the Cushitic speakers of southern Ethiopia. He was convinced that the pillars may have been an ancient form of calendar.

It is now widely believed this site could have been erected by the ancestors of the present day eastern Cushites, who still live in this region of Africa.

Legend speaks of how the pillars were once men petrified by the devil after failing tests he had given them. The story is told of how the devil would sing a song and if anyone showed any emotion, he would be turned into a stone.

One local chief, the legend says, successfully managed to outwit the devil but towards the end, he smiled and the devil claimed him too. It is said the upright pillar at the centre of the site is that of the chief and the tilted pillars are those of the first people to be turned.

Nowadays, in December, hundreds of Turkana gather at Namoratunga, to seek divine intervention in matters affecting them socially or economically. The site is a worthwhile place to visit if you happen to be around the Lake Turkana area. 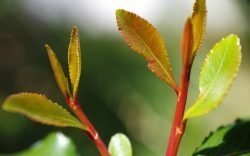 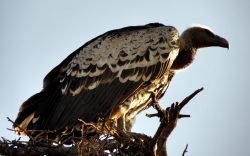