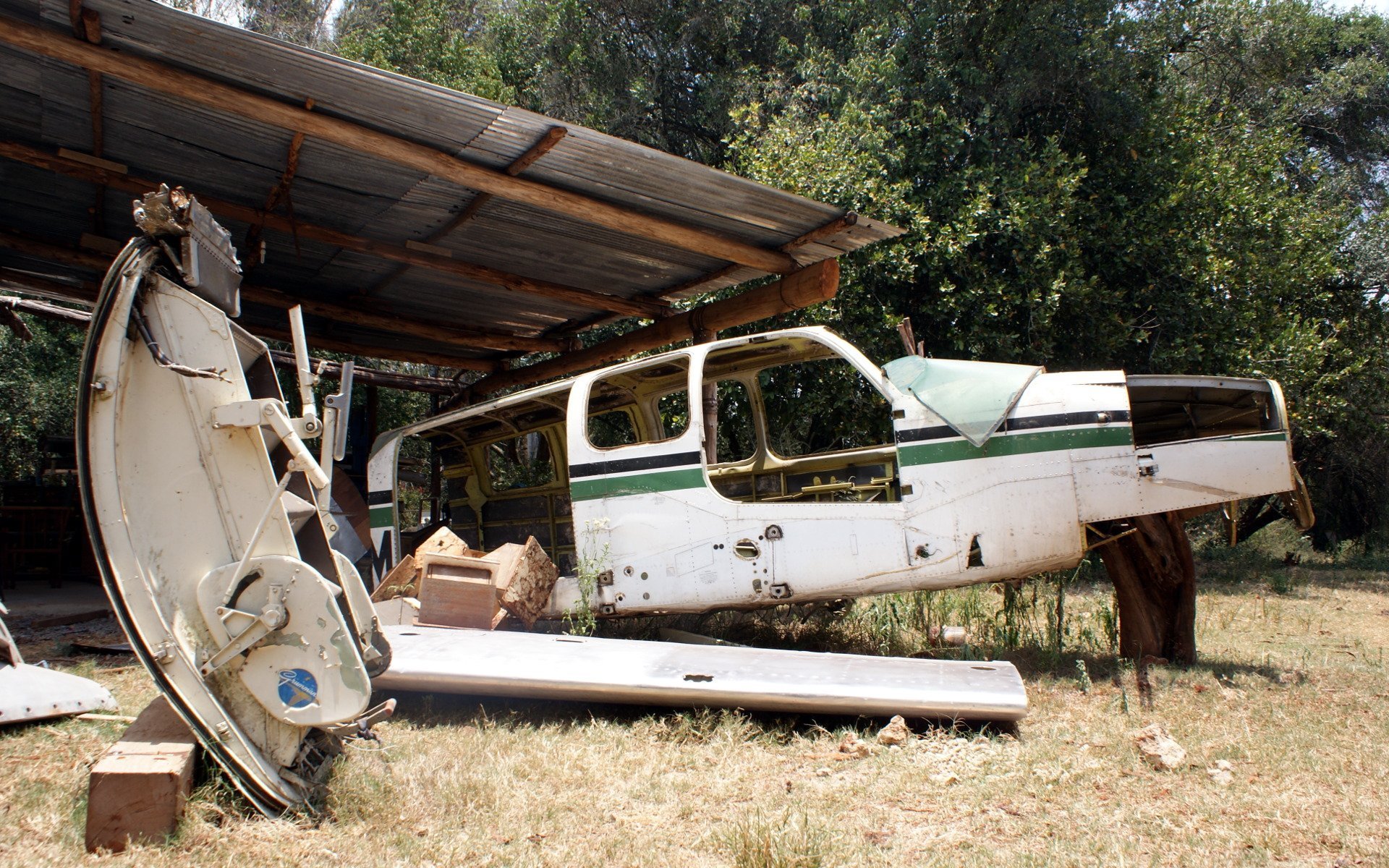 Strange as it may sound, it is actually happening right here in Nairobi. Two entrepreneurs are making furniture from parts of old decommissioned aeroplanes! Indeed when I saw their stuff at the Explore Travel Fair, my first question to them was on the source of their raw material.

I was also curious to know what their normal reaction is when they hear a plane has crashed in Kenya. Do they rejoice that a new source of raw material just became available? I asked that with a light touch, of course.

Samuel Omondi and Khan Key, the brains behind Sky Decor, a startup that specialises in fine aviation art and furniture, actually get their raw material from decommissioned aeroplanes – so they, like the rest of us, do not rejoice when a plane goes down!

The inspiration behind Sky Decor, like a few stories we have covered here, kicked-in during a bird-watching camping trip to Mount Kenya when Omondi, 27 and Khan, 28 came across a rather strange bird – the shell of what was once a military-grade Spitfire plane. 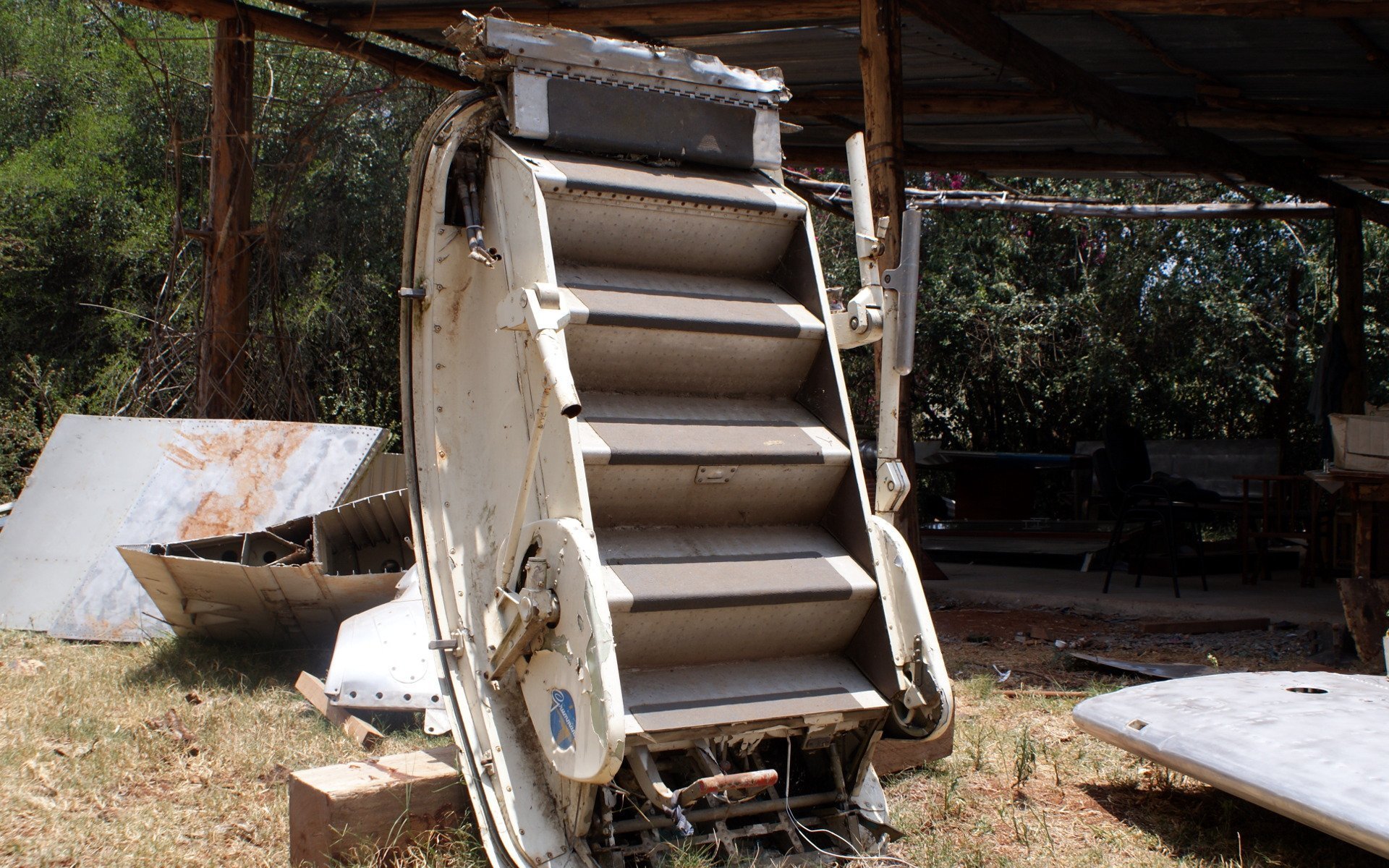 It is not quickly obvious to me what the relic of a plane and custom furniture have in common but perhaps in the minds of these two architecture graduates from Ohio State University (Omondi) and New York University (Khan) in the USA, the correlation was pretty obvious.

They soon acquired their first decommissioned Cessna 310 plane from Wilson Airport and the rest, as they say, is history. They have since made custom aeroplane furniture from the remains of a DC9 and a Commando plane.

Their current main market is private residences but they are upbeat about landing a big deal to supply to one of the major hotel chains here in Kenya. Besides aeroplane furniture, they also make custom pieces from ordinary material just in case having a piece of an aeroplane adorning your living room is not your version of ‘style’. 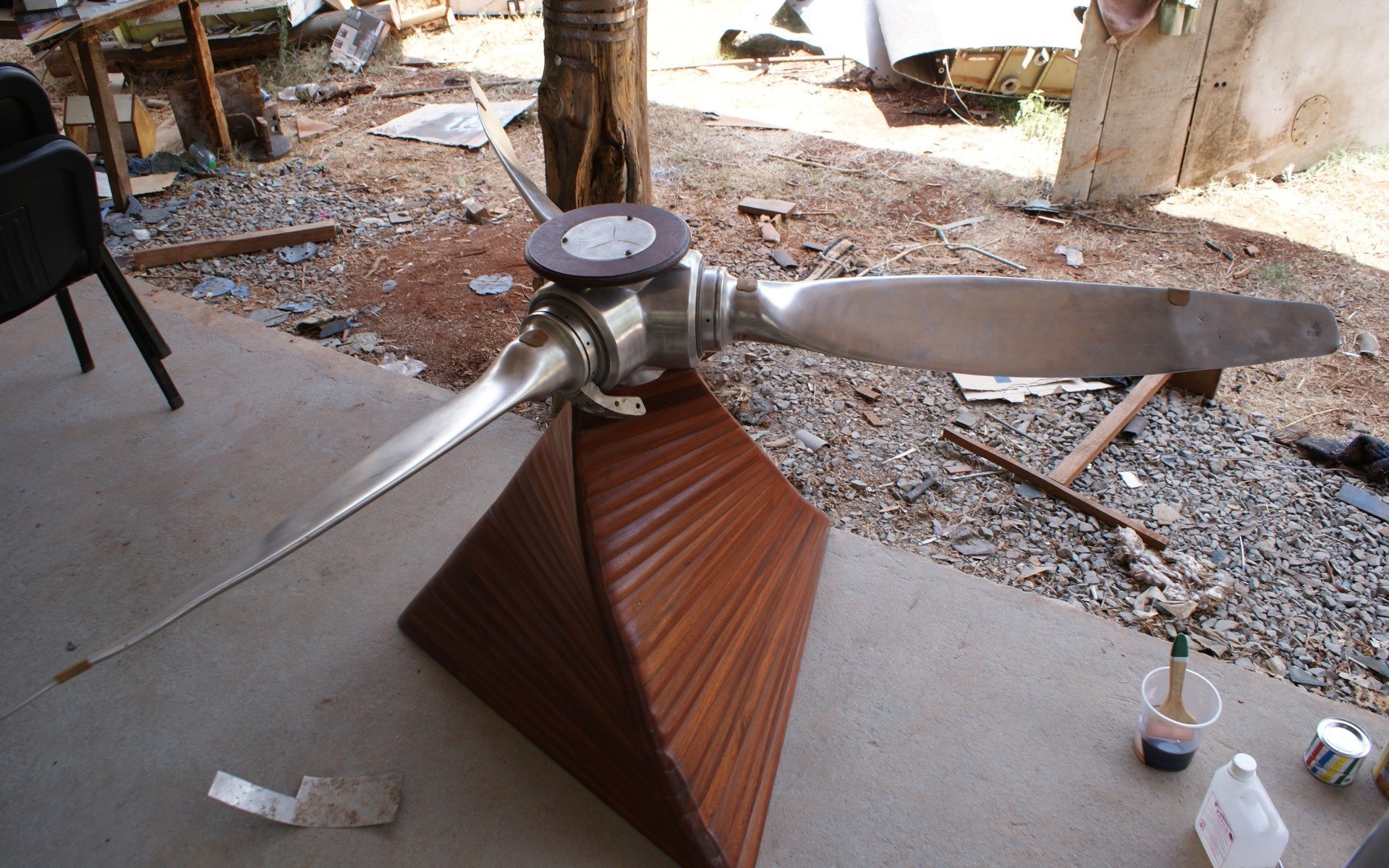 If you think the idea of making furniture from parts of aeroplanes is out of this world then wait until you hear Omondi call a large coffee table standing in their workshop the Hummingbird or a bench at the far end, an Olive Thrush. There is even a desk table called the King Fisher – these guys have named each one of their furniture piece after a bird! 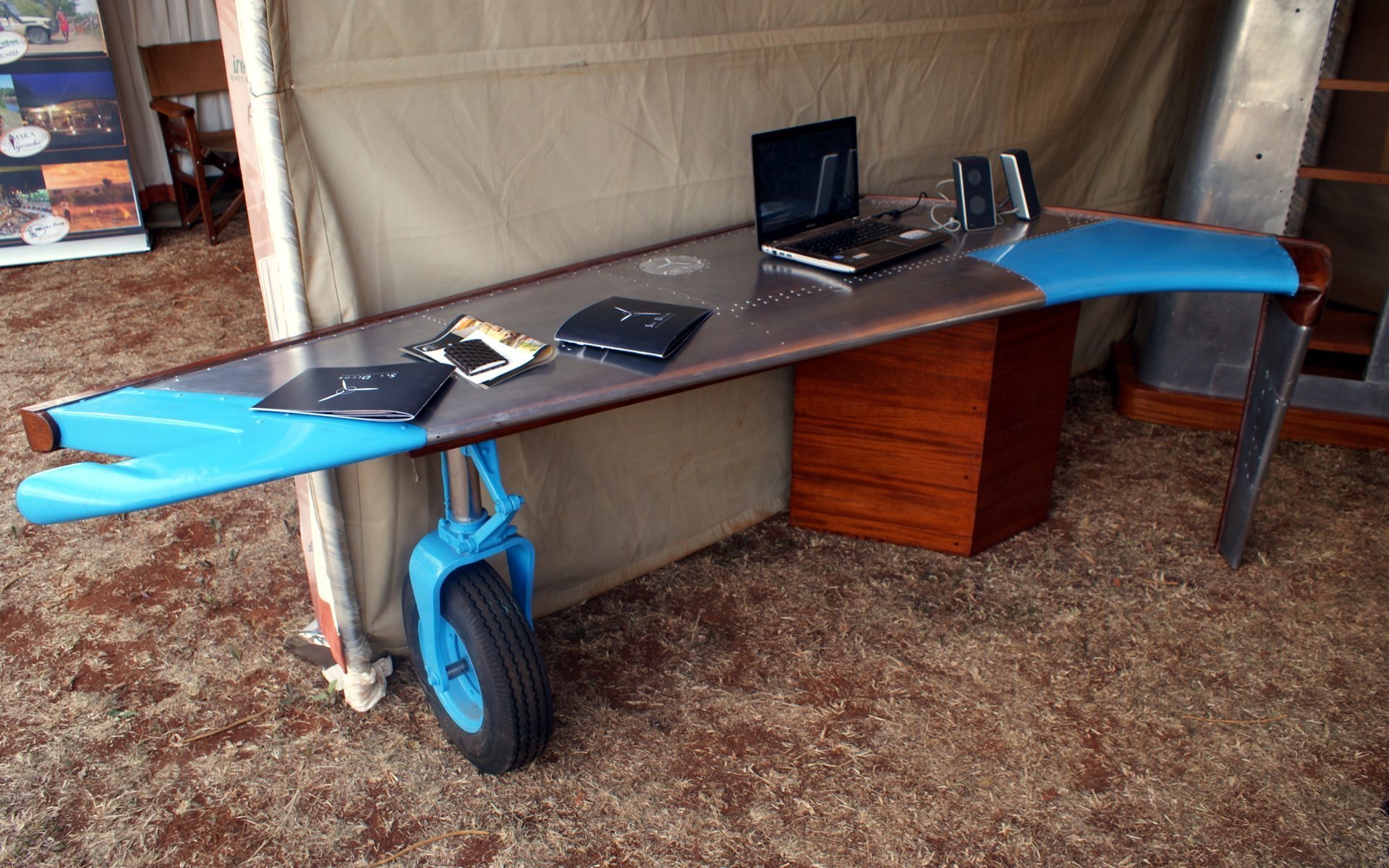 Omondi tells me each piece has the same characteristic as the bird it is named after. “So the bar table which is quite long, is named the Tawny Eagle, whose wingspan is one of the largest among East African eagles,” he adds.

The price range for their furniture varies. It can be as low as KES 40,000.00 or as high as the bar table, the Tawny Eagle, which goes for KES 800,000.00. “That includes VAT,” Omondi quickly adds. They plan to build a bigger workshop soon and hopefully begin to get full aeroplanes for their raw materials which would give them more design possibilities. 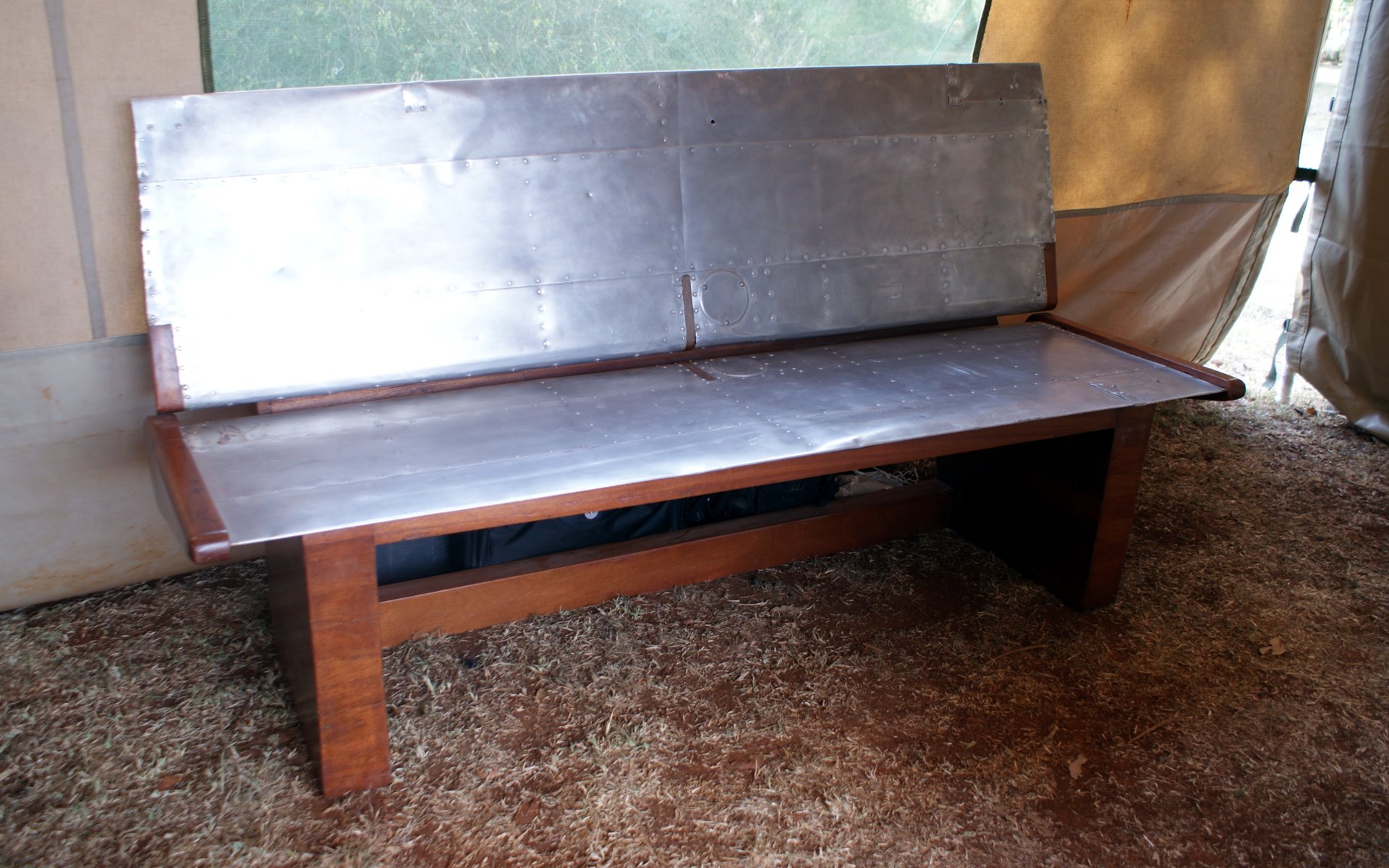 Now the duo are planning on an exciting expedition to the frontier town of Lokichogio (Loki if you wish) which is about 30 KM from South Sudan. There, they tell me, is the promise of getting at least 3 full aeroplanes that were decommissioned 20 years ago. I cannot imagine the history behind those planes.

Omondi hints to me that a plane decommissioned that long ago may have had its hay days in the 50s. They will be accompanied by a filming crew that will document the whole journey, including the cutting up of the planes to smaller sizes that can be easily transported back to Nairobi.

The footage will be used to produce a marketing video for the company. I had earlier thrown in a suggestion in the works, in a moment of nothing but pure inspiration, that, in the future, Sky Decor could try to document the history of each plane they use as raw material and tell that story for each furniture piece they sell – they liked the idea!

Omondi tells me they are actually thinking along those lines and for the Loki planes, they will be getting the log books which will enable them get priceless insights into each flight those planes had made when they were operational.

What a journey of discovery this could be and what a story to tell here one day! Would you buy furniture from a decommissioned aircraft? 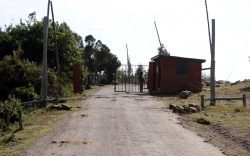 Ngare Ndare is More than a Watering Place for Goats 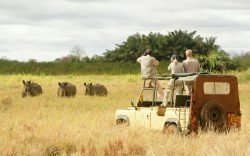 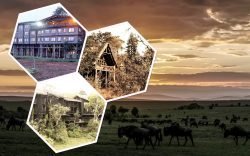 3 Reasons to Stay in a Tree House Hotel in Kenya