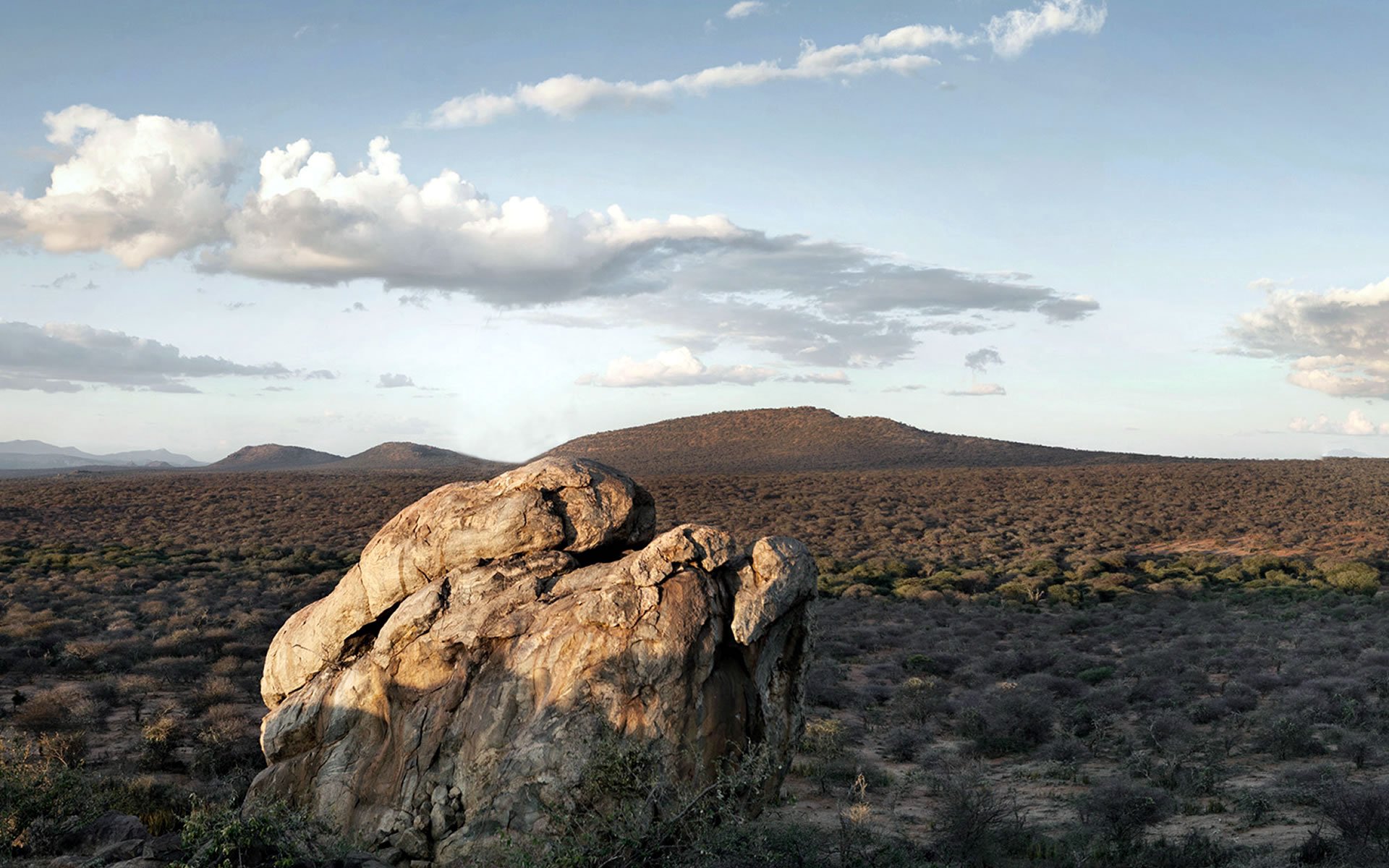 There has never been any doubt that the 2.5 million-acre Laikipia Plateau was made famous by Kuki Gallman’s ‘I Dreamed of Africa’. Set against the backdrop of Mount Kenya and extending all the way east, to the rim of the Great Rift Valley, it boasts a concentration of wildlife only rivalled by the Maasai Mara.

Originally, the area consisted mainly of cattle ranches and farms until local landowners stumbled upon the new gold – wildlife tourism. Today the Laikipia Plateau has about 13 privately owned conservancies the size of which defies logic. Here they are in order of size.

Some say Ol Ari Nyiro is about 88,000 acres, others maintain it stretches up to a 100,000! Whichever is the right metric, this ranch remains, perhaps, the largest in the Laikipia Plateau.

It is here at Ol Ari Nyiro, which in Maa means the place of dark waters, that Italian Baroness and socialite, Kuki Gallman, fulfilled her dreams of what she and her family imagined Africa to be. She describes it in her book, ‘I Dreamed of Africa’ thus.

The uncanny feeling of déjà vu… as if I had already been there. From the extravagantly folded ridges of the ranch’s highlands, Africa was there below us in all its unsolved mystery.

I Dreamed of Africa

Tragically, it is also in this same place of dark waters that she lost her husband in a car crash in 1980 and 3 years later, her 17-year-old son, to the deadly bite of a puff adder.

Perhaps, when on the fateful Sunday morning of April 23, 2017, when tribesmen stormed her ranch, burned the Mukutan Retreat, her luxury tourist lodge, then shot her twice in the stomach, Kuki might have been persuaded to read the writings on the wall – that this place with dark waters may be dark in its entirety after all – she did not. She stayed.

Stretching between Mount Kenya and the Aberdare Ranges on 92,000 acres of land, Ol-Pejeta was once the homeland of the Maasai before Lord Delamere and his partner Marcus Wickham Byanton, acquired it in the early 20th century.

Since then, a number of interesting parties have laid claim to the land, including a French aristocratic family and the infamous Saudi billionaire arms dealer, Adnan Khashoggi.

It was finally UK-based conservation organisation, Fauna & Flora International (FFI) who, together with the Lewa Wildlife Conservancy, converted the ranch into a conservancy.

Ol Jogi ranch sits on 58,000 acres, just north of Nanyuki and its fame and prestige are in no doubt. At one time it was the setting for the award-winning film, Out of Africa. It has since hosted several TV commercials including from brands like Pepsi and Coca Cola.

Bought by French billionaire art dealer, Daniel Wildenstein, in 1977, the Conservancy for the last 60 years has been at the heart of protecting a wildlife heritage ever on the verge of extinction, the most fascinating wildlife asset in its custody being a grizzly bear from Russia.

When Wildenstein died in 2001, he left this massive estate to his son, Guy Wildenstein. It was not long before drama began to unfold at Ol Jogi. At one point Guy was charged by French authorities for tax fraud totalling a mind-blowing €550 million (KES60.9 billion)!

The ranch is now managed by Guy’s brother, Alec Wildenstein and houses a one-of-a-kind accommodation facility known simply as the Ol Jogi Home where you can spoil yourself for only USD 30,000 a night!

Set in 61,000 acres of land, Loisaba ranch, which was initially known as Colcheccio, Italian for ‘mind your own business’, was established in 1997 by Count Ancelotto. A story is told about how the Count had told-off his friends after they attempted to dissuade him from buying the land telling them to ‘colcheccio’, hence the ranch’s name.

Although not a place to tick off the iconic Big Five of the African Safari, the varied terrain and diverse habitats of the conservancy nevertheless support a wide variety of wildlife. Today Loisaba is more well known for its famous Loisaba Starbeds than for anything else.

The starbeds are handcrafted four-poster beds which sit on wheels and can be rolled out onto raised wooden platforms to afford guests the rare opportunity to sleep under the endless African night sky.

German-born Jochen Zeitz, just like Kuki and most of the other landowners in the Laikipia Plateau, was drawn to the hypnotic charm of Africa with its vast unadulterated wild side.

When Zeitz first set foot in Kenya in 1989, it was love at first sight. It was no wonder then after he retired as Chairman and CEO of Puma, he decided to make Laikipia his retirement home and the 50,000-acre Segera was born.

The ranch protects 3 endangered species of wildlife, a lot of honey and Zeitz’s extensive art collection. If you are lucky, you might catch him in his 1929 Gypsy Moth biplane which he uses in his tours of the ranch. This is the very one that was used in the Out of Africa film by the way!

Besides the conservancy, there is the Segera Retreat, a collection of luxury villas whose main highlight is the NAY PALAD Bird Nest that is built to resemble a bird’s nest – only bigger!

Born and raised in Kenya, Francombe rears cattle and sheep with his wife at Ole Malo. They also have a wildlife sanctuary that protects the endangered black rhino.

In this vast wilderness nearly 7,000 elephants, the 4th largest African Wild Dog population in the world and a thriving family of the endangered Grevy’s zebra roam in reckless abandon.

When Sam passed on, he bequeathed the entire estate to his brother George in 1969. George Small focused his energies and resources on conserving Mpala’s habitats and wildlife. In 1989 he established the Mpala Wildlife Foundation and the Mpala Research Trust to this end.

The Foundation contributes to the Mpala Research Trust that supports and directs the Mpala Research Centre, a well respected, international research facility located on the property. When George also died, he bequeathed Mpala to Princeton University saying,

I put more faith in a place like Princeton. One of the most foolproof ways to perpetuate something is to put it in the hands of people who are most likely to have the same ideals as you.

Established by the Hahn family which has a long-standing history with wildlife in Africa spanning over 40 years, the 47,000-acre Mugie was once known as Suguta Mugie, which means salt lake in Maa.

Mugie Conservancy, which is within the ranch, is continuing this wildlife heritage by hosting the core study area of the Laikipia Predator Project. The project seeks to protect Africa’s largest predatory hunters such as lions, African wild dogs hyenas.

The ranch has 2 properties, Mugie House and Ekorian’s Mugie Camp, to cater for its visitors.

The Craig family that owns the 45,000-acre Lewa is almost a household name here in Kenya and most certainly is abroad. Craig’s daughter, Jecca, once dated Prince William, the Duke of Cambridge and when her wedding took place in March 2016, he jetted into the country to attend – as the ex, of course!

Lewa, which has been in the family since 1918, is believed to have been a gift to Ian Craig’s great grandmother that was awarded to her by the British government for her services during the First World War.

Lewa is, perhaps, among the few conservancies which host the only marathon in the world run inside a game park. The annual Safaricom Lewa Marathon provides gruelling challenges as runners battle the 3,000M altitude with one eye on the dirt road and the other on the spectating cheetah, rhino and elephant.

Suyian ranch covers 43,495 acres of African wild dog territory – actually its name refers to the ferocious predator in Maa. The ranch borders the Ewaso Narok River to the east.

Besides the usual wildlife which includes some members of the Big Five, Suyian is especially known for its log hive honey of which it produces 2 tonnes annually. You will also find cattle, sheep and goats.

The owners of Suyian are the Powys, a family with roots here in Kenya dating back to the 1920s when Will Powys, a sheep farmer and pioneer from Dorset, England, first grazed his small stock in the area. Back then Suiyan was known as Il Pinguone.

Mogwooni, owned by Jackie Kenyon, has its fair share of wildlife like the rest but the numbers are not spectacular. The largest investment it has made on its 40,000 acres is cattle and sheep which it is reputed to have the best of in the country.

Ole Naisho, which is Maasai for honey, was not always known by that name. It started off as Kamwaki. The 30,000-acre ranch is owned by Kenyan-born Jeremy Block of the Block Group of hotels. The ranch accommodates more than 7,000 head of beef cattle and doubles up as a training ground for the British Army.

Sitting on 25,000 acres, Chololo ranch, on the far eastern part of the huge Laikipia plateau is owned by rally driver Sammy Jessel.

This is only a snapshot of striking stories of some of the landowners at the Laikipia Plateau and their love affair with a place so wild, yet so captivating, few come here and leave.

Kuki may have gotten the spotlight for her massive acreage and best selling novel where she expressed, in such intricate detail, the romantic affair she had with the Laikipia Plateau, but she most certainly was not the only one who was captured by its allure – in fact, she may have been among the latecomers.

Today, just as in those early settler days, the Laikipia Plateau continues to lure many more into its lair. It is no wonder this wilderness area that is second in size only to Tsavo National Park is currently at the epicentre of such intense strive between the landowners and the locals. 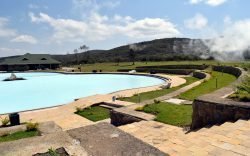 Try Out the Coriolis Effect at Nanyuki’s Equator Point 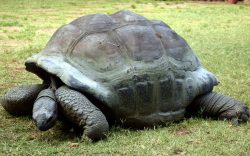 3 Reasons to Visit the Haller Park with Family